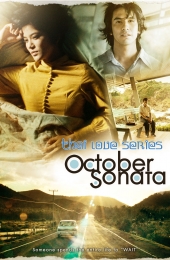 Sangchan is a girl working in a factory who falls in love with an attractive guy named Rawee. As Rawee has to go study abroad, he keeps a promise of coming back to see Sangchan on October, 8th of each year. While Rawee is away, Sangchan who anticipates to see him has a chance to befriend to Lim, another guy who admires her. Now it is the test of love, faith, and vow that Sangchan has to make through. 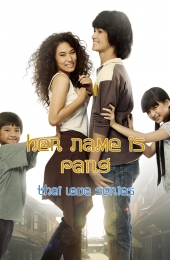 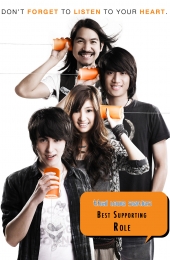 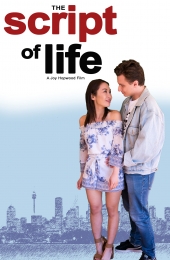 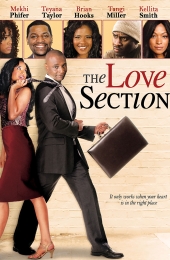 Ali, is a struggling real estate agent and ladies man who has never desired to commit to anyone or anything. One night while out with his buddy Chris, Ali meets and falls for Sandrine, a single mother who works hard and is looking for love.

Run time: 100 Tagline: It only works when your heart is in the right place Release: 2013 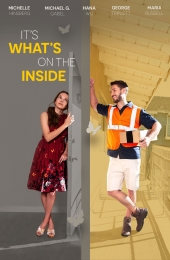 It’s What’s On the Inside

After losing her biggest client, an agoraphobic life coach must overcome her fears in order to transition back into the world outside her apartment. With the support of her clients and her delivery guy she strives to gain the courage she seeks within herself.

Run time: 87 Tagline: An agoraphobic life coach must overcome her fears in order to transition back into the world outside her apartment. Release: 2020 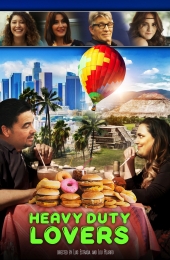 When a high power L.A. attorney finds out that his wife has been cheating on him all along with his gardener, his life crumbles and he no longer has a desire to live. But, because of his kids who come up with a plan to help their father to find true love once again per a dating website and at the same time in  different country, Elena has suffered the same fate as Lou and finds herself in a world of depression, until her best friend decides to help Elena find love via the same dating site "Heavy duty lovers". 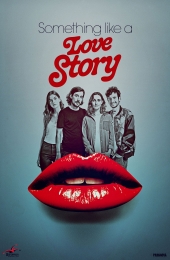 Jaime is a young writer who just published his first novel called "Don't Fall in Love with Her", a book based on his relationship with his ex-girlfriend, Laura, from whom he still has feelings for. His plans to get her back will be ruined when he finds out that his childhood best friend, Vega, is his ex-girlfriend's new boyfriend.

Run time: 91 Tagline: A comedy about two friends who fall in love with the same person. Release: 2021 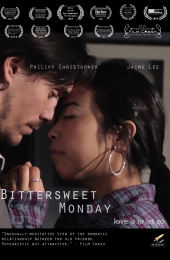 An emotional goodbye between longtime best friends begins an unexpected love affair, putting two marriages and many friendships at stake. 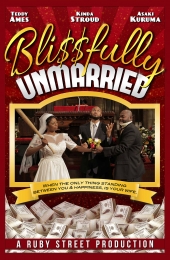 John Haw is a recently divorced man who is having a rough time adapting to single life. He hates his environment and his job; but most of all he hates his ex-wife. While having a terrible day at work, John is robbed then suspended all in the same day. Just before the straw can break the camel’s back, John meets an incredible Asian woman that turns out to be the spark he needs to turn his luck around. In a split second, his entire life is changed when he scratches off a lottery ticket worth one million dollars. Once his ex-wife finds out about his newfound wealth, she springs into a plan of action, attempting to acquire as much of his fortune as she possibly can.

Run time: 83 Tagline: When The Only Thing Standing Between You And Happiness Is Your Wife Release: 2014 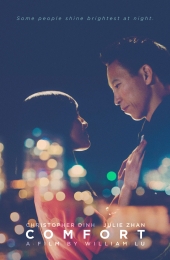 Lonely, mild-mannered Cameron (Christopher Dinh) is content racing around the dark streets of Los Angeles as a late-night courier for his slick boss, Eddie (Billy Sly Williams). Then one fateful night, an important client, Martin (Kelvin Han Yee), asks Cameron to pick up something very special at the airport – his daughter Jasmine (Julie Zhan), who is flying in from overseas. Cameron accepts the job, but isn’t prepared for the sparks that fly between him and the fiery beauty. While Martin’s thriving hot sauce business keeps him occupied at the office, Cameron and Jasmine find comfort in each other’s company as they wander about the city enjoying some of Cameron’s favorite dining spots. He shares his love of cooking with her and his dream of someday leaving Eddie to start his own food truck. However, he soon discovers that Jasmine is harboring a secret that may destroy her father’s trust. Unfortunately, Cameron also holds a secret of his own that threatens to derail his budding romance with her before it ever fully blossoms. 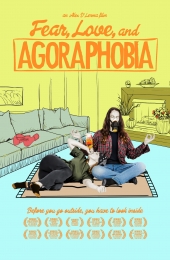 Chet is a 28 year old agoraphobic man and still lives with his mother. When Mom moves away Chet has to get a roommate. Enter Maggie. A volatile female Marine with her own personal issues. The two become emotionally entangled as they struggle to escape from their self-made prisons.

Lead actors Dustin Coffey and Linda Burzynski shine in their big screen debut. Both have won multiple "Best Actor" awards from their performances in this film. They are joined by vetaran cast Lori Petty (Point Break, Orange is the New Black) who won a "Best Supporting Actress" award for her performance as Frances.

Run time: 90 Tagline: Before you go outside, you have to look inside Release: 2017 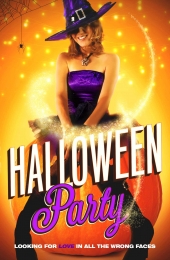 Erin - hot, smart and single, is desperately trying to find a normal guy. She reluctantly agrees to come to her friends’ party. Dressed as a “stud finder” she is trying to find the love of her life at this crazy swinging Halloween Party. The prowling pirate, the sexy nurse, the hairy wolf man, the down to earth cave girl, the dueling strippers, the cops and S&M types, and even a half naked Sarah Palin are all trying to find some quick steamy action. The only guy that seems normal to Erin is someone dressed as a homeless man that smells like sh*t!
Hidden cameras everywhere will catch the guests off guard in the most kinky situations.
Enter the Halloween Party if you dare and leave all inhibitions on the doorstep.

Run time: 85 Tagline: Looking for love in all the wrong faces Release: 2012 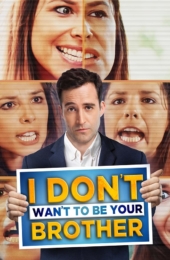 I Don’t Want To Be Your Brother

The movie has a stellar cast for the LATAM market like Dayana Amigo, a famous comedian and the main actress of the sitcom "La Colonia", wich is broadcasted in Mexico under the TVC Channel. It also stars Nicolás Poblete, Andrea García Huidobro (The Maid), Lucas Balmaceda Pascal (Narcos), Maria Di Girolamo (Pablo Larraín´s new movie "Emma") and comedian Sebastian Badilla (The Pool Boy, Mom I am Big Boy)
A Comedy about a successful guy Johhny Andrés (Nicolás Poblete)  who is about to get married to a high class girl but suddenly has to live with his younger sister Constanza (Dayana Amigo) who just got divorced and is going though a midlife crisis at 30 years old. 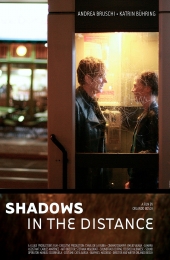 Shadows in the Distance

Andrea is a 29 year old German woman who is an employee at a book store in Berlin. Piero is A 45 year old italian man who is conducting a radio show focused on Mediterranean music. One day they eventually meet each other in a cinema. They stare at each other without saying anything at all but feelings arise from their sights. After this first encounter Andrea and Piero will begin to figure out a love affair in their respective inner self between both of them. They do not know anything about each other. The two of them would look for each other around the city until a phone call will change their fate.