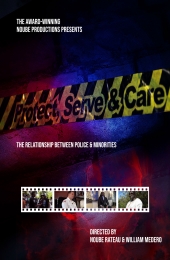 Run time: 55 Tagline: The relationship between police and minorities Release: 2018 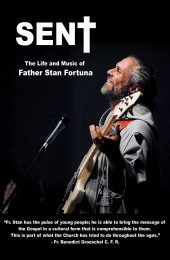 SENT is a documentary on Fr. Stan Fortuna, a jazz, hip hop Franciscan priest who mixes music with message and serves the poor in the South Bronx and internationally. Before his calling to the priesthood, he was a professional jazz bassist and still plays Birdland with his trio when time permits. Fr. Stan is a founding member of the Franciscan Friars of the Renewal who embrace "radical poverty" and live an ascetic lifestyle in friaries in some of the poorest areas in North America, South America and Europe. Due to his talent for music, Fr. Stan has been invited to do concerts and preach the Gospel in numerous countries around the world. SENT follows Fr. Stan to various events and provides insight into his passion for music and for his faith. 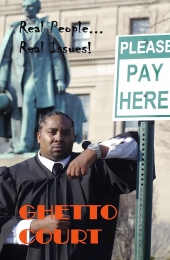 January 2013 legendary hip-hop DJ and rock & roll hall of fame nominee Eric B (Eric Barrier) opened the doors to his court room in the town of Roselle NJ. The concept for this show was conceived on a drive across the Triboro bridge Eric and show&Mac226; co-creator Cassandra Cooper, came up with the idea to create a forum where neighborhood grievances could be resolved. Eric titled the tome Ghetto Court and for PC sake we gave it the alternate title hip hop court and the idea was born. Using a real courthouse in Roselle NJ, they sent out a call for unique cases for Eric to preside over and what you have is some of the most outrageous stories usually only heard in your neighborhood bodega live & in living color. And you won't believe your ears, but the pure insanity of it all resulted into a side splitting verbal jab fest for the masses. This is the show you won't want to admit you watch, but we suspect it will become America's guilty pleasure. Ghettocourt or HipHop Court if you're scared of controversy. 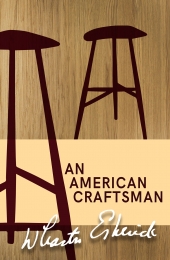 The film explores the life and work of Wharton Esherick (1887-1970) a painter and furniture maker who came of age during the Industrial Revolution. At a time when America was enamored with consumerism and mass industry, Wharton moved to a rural farm outside Philadelphia, Pennsylvania and began making sculptural wood furniture one piece at a time. The Wharton Esherick Museum provided Coal with unparalleled access to its archives. The resulting forty-one-minute documentary, three years in the making, brings together hundreds of photographs with pre-recorded oral histories and interviews with contemporary woodworkers, historians, members of the Esherick Museum staff, Esherick family members, and patrons. 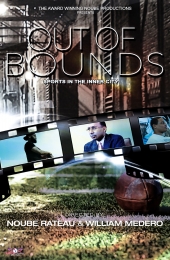 This documentary brings together for the first time some of the largest local and national names in sports. ESPN’s Stephen A Smith, Jackie Macmullan, and Robert “Scoop” Jackson give their perspectives on the importance of athletes and finding success after sports.
Basketball Division 1 standout Brian Rudolph (New Bedford), All American Matt King (Stoughton), All Conference Kharee Louis Jeune (Brockton), and others are chronicled about their life in the toughest parts of the city and how sports was their ticket out. 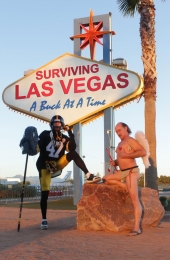 Surviving Vegas, A Buck At A Time is a documentary motion picture that follows street performers in Las Vegas, Nevada; specifically, focusing on people who dress up as various characters. The crazy and bizarre characters solicit tourists for tips in exchange for taking photos with them. The documentary follows these characters on the Las Vegas strip and at the Fremont Street Experience as they attempt to earn a living. The documentary further explores the private and family lives of individuals through personal interviews, and as they engage in a variety of activities. 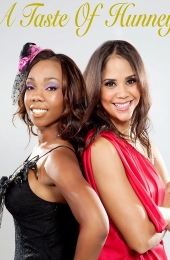 Satai Gordon travels with an entourage of make-up artists and models. She teams up with super model Patrice Fisher. The women as a collective will cast the 8 member multi-ethnic model street team , that will be dubbed H1- H8. The Hunney Girl's street team will represent the line from the runway to the clubs.
After the pilot which captured the first meeting between the Satai and Patrice, we now follow them to see how they with their conflicting personalities can peacefully co-exist. They both want to create a line that can seriously compete with Victoria Secret & Fredrick"s of Hollywood.
As a collective they will decide on the pieces, hire key personnel and devise a marketing plan. They will incorporate many of their celebrity friends to host celebrity fashion soirees to introduce the line to young Hollywood.
But can they work out their differences in personality to make the business a success? 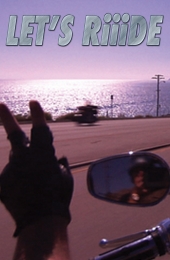 Winner of the 2008 Aurora Gold Award for Documentary-Project, Let's Riiide captures the Number One motorcycle-riding destination in the world - California. But our reviewers say it best:
"if you've ever thought about riding in the fabled lands of California and wanted to know what it was really like, then you need to watch... Let's Riiide! Made by a couple of ex-pat Scandinavians, [it] covers just about every facet of the California bike scene..." - 100% Biker, Magazine, UK
"Erik & Soren have found the odd characters along the road, and they show us a part of California we normally don't get too close to. The thread in Let's Riiide is the enthusiasm for bike riding, from Harley Club riding, via Track Day on the race track, to off-road adventures in th emountains... An excellent documentary for anyone who rides, or wants to ride, a motorcycle..." - Expressen, Daily Newspaper, Sweden
"...a motorcycle documentary that should be sponsored and distributed by the California Tourist Board..." - news.motorbiker.org, Website
"Totally awesome..." - MCM, Magazine, Sweden 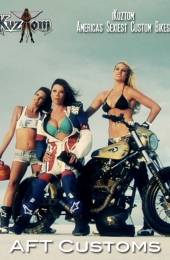 Bikes and Babes aka iKuztom

iKuztom accelerates you into the real-life world of custom motorcycle building. It’s all smoke, fire, and steel without the DRAMA. iKuztom’s 13 commercial half-hour episodes get you up close and personal with an elite group of builders on the cutting edge of motorcycle engineering. Metal workers, engravers, air brush artists, and 3D fiber-glass molders and carvers weld, bend, cut, grind, paint, and polish bikes into creation before your eyes. Featured bikes include street fighters, art bikes, theme bikes, monster bikes, cafe racers, cruisers, rat bikes, sport bikes, scooters, bobbers, and yes, even choppers. All this blood, sweat, and passion is framed by fast-paced comic sketches, beautiful models, and burning rubber. 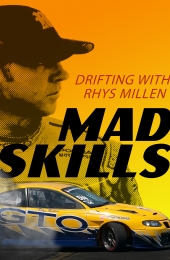 Champion drifter Rhys Millen revisits the exhilaration and intensity of the 2005 Formula D Season in the action packed documentary Mad Skills. Coming off a potentially disastrous crash in Chicago, Millen and his crew have less than a week to get his GTO ready for the finals in Irwindale. Complicating matters, the RX8 Rhys built for his father, the legendary rally driver Rod Millen, may not be able to compete in the final race. Battling mechanical difficulties, crew troubles and formidable competitors including his good friends Samuel Hubinette and Tanner Foust, Rhys must remain sharply focused to ensure his victory and win the championship. Filled with explosive door-on-door action, tire smoke and out control spins Mad Skills offers a never-before-seen look into the art of driving sideways. Once you've seen it, you'll never look at motor sports in the same way. 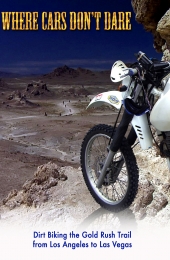 Where Cars Don’t Dare follows Southern California-based AdMo Tours on a remarkable journey through the Mojave Desert by dirt bike. Serious dirt bikers; Sunday riders; and tourists from Europe, New Jersey, and all-points-east have their courage tested against sand dunes, dry lake beds, salt basins, snow, and mountains as they trek from Tinsel Town to Sin City without ever touching asphalt. You may think you’ve ridden it all, but you haven’t really hit the dirt until you’ve biked the Gold Rush Trail with AdMo. Narrated by Let’s Riiide’s Erik Lundmark and world traveler, raconteur, and AdMo owner Uwe Diemer, Where Cars Don’t Dare delivers the gold—and more. 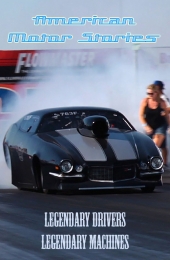 American Motor Stories is all about speed, power and automotive beauty. Get up close and personal with dragsters, muscle cars, hot rods and custom builds. Meet the people and hear their own stories. Legendary motor personalities, museum curators and young up and coming enthusiasts.
If you love the American motor culture, this show is for you.